2016 Reines Lecture Series: Energy, Climate Change, and the Transition to a Sustainable World

Free Online Course: Energy, the Environment, and Our Future from Coursera | Class Central

Found in Environmental Science. Never miss a course! Add as "Interested" to get notified of this course's next session. Go to class. Start now for free! Sign up. Join internationally-acclaimed researcher and award-winning educator Richard Alley in an exploration of the role of energy in our environment and our future. However, the unintended consequences of energy use are affecting people around the world and changing the climate in ways that will make life much harder. Numerous options exist for development of a sustainable energy system that provides a stronger economy, more jobs, and greater security that is more consistent with ethical principles.

The course explores these issues. Like carbon sequestration, nuclear electricity keeps greenhouse gases out of the atmosphere, and thus represents a step towards sustainability.

Higher efficiency also allows the uranium supply to last longer; this, together with longer lifetimes, reduces the number of nuclear plants that will need to be built. However, at such high temperatures and fluxes, chemical corrosion is an additional serious challenge. Advanced ferritic steels hold promise in these environments; developing them by design rather than serendipitously will accelerate deployment significantly.

The scientific challenge for next-generation extreme materials — whatever their composition — is to understand their failure modes, and to prolong their useful lifetimes by interrupting or arresting these failures.

Damage starts with atomic displacements that create interstitials and vacancies, which then migrate and aggregate to form clusters and ever-larger extended structures. Eventually, the damage reaches macroscopic dimensions, leading to degradation of performance and failure.

This problem is massively multiscale, covering nine orders of magnitude in its spatial dimension, and neither experiment nor theory has yet captured this complexity in a single framework. On the experimental side, in situ measurements of neutron irradiation with atomic or nano-scale resolution are needed to observe the initial damage processes, followed by coarser-grained experiments to capture migration, aggregation and ultimately macroscopic failure.


To create new extreme materials that operate effectively in reactor environments we will have to go beyond observation and modelling to controlling the evolution of defect structures and interrupting their development before they can degrade performance. Introducing designer interfaces that collect and trap nano-scale defects before they cluster is one strategy for making materials defect-tolerant or self-healing. 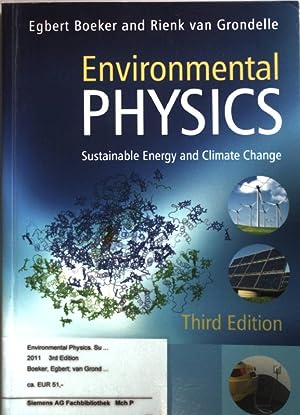 Treating defected regions with targeted photon or particle beams to anneal out the damage before it grows beyond a critical size is another. Although developed for nuclear applications, next-generation materials with these features should find wide application in other areas, including high-temperature turbines and coal-fired boilers, thus bringing overall energy efficiency closer to thermodynamic limits.

The sustainability profile of nuclear electricity shares many qualitative features with carbon sequestration. Like coal, terrestrial uranium resources will last a few hundred years, longer than oil but not as long as the Sun, and nuclear reactors emit no carbon dioxide into the atmosphere. The threat to the atmosphere is, however, replaced by a new potential danger: spent fuel that must be stored, perhaps underground, for hundreds or thousands of years to reduce its radiation level by natural decay.

Fusion electricity is more sustainable than fission because it replaces hazardous heavy-element fuel with benign, light and abundant hydrogen. The fusion product, helium, is likewise kind to the environment and climate. The fusion process, however, is even more extreme than fission, requiring neutron fluxes approximately times greater than in fission reactors.

Designing materials to withstand these exceptional irradiation conditions is a major scientific challenge. Replacing conventional oil with biofuels has the potential to achieve greater sustainability by recycling carbon dioxide and enabling fossil resources to last longer. However, it is now generally accepted that the energy balance and carbon footprint of corn ethanol and gasoline are only marginally different.

In terms of lasting a long time and doing no harm, therefore, the two are approximately equally sustainable.

Cellulosic ethanol made from the stalks and leaves of plants offers more hope. The known chemical and enzymatic routes are too expensive and inefficient to be competitive. Biofuels from algae offer an alternative route, since cultivating algae requires far less land than other biofuel crops, but a cost-competitive conversion route is not yet available and the science is still in its infancy. Recycling carbon dioxide and water to produce fuel can also be done without biology, by using concentrated solar heat to drive high-temperature thermochemical reactions or electronic excitation from solar photons to drive photochemical reactions at room temperature.

Both routes face materials challenges, and neither is scientifically ready to deploy. Thermochemical recycling requires advanced hybrid materials that can physically withstand and chemically promote the targeted reactions at high temperatures, and photochemical recycling requires new cost-effective catalysts that split carbon dioxide and water to drive the synthesis of hydrocarbon fuel. These challenges are firmly in the realm of discovery. The sustainability profile of recycling carbon dioxide through biofuels other than corn ethanol and thermochemical or photochemical cycles is promising.

These technologies can be fully or partially renewable and thus last a long time. They reduce harm to the environment by lowering greenhouse-gas emissions, and they have the potential to close the chemical cycle and leave no change. Electrifying transportation breaks the exclusive dependence of transportation on oil, thereby enabling flexibility in fuelling as more sustainable alternatives for electricity generation become available.

The challenge is onboard storage or generation of electricity to power the electric motor.

Fuel cells offer an alternative to batteries by generating electricity onboard via hydrogen oxidation. Developing this alternative requires scientific breakthroughs in catalysis for the oxygen-reduction reaction at fuel-cell cathodes, high-density storage of hydrogen in lightweight solid compounds and the production of hydrogen from renewable resources. Substantial progress has been made in the last five years towards overcoming these barriers to using hydrogen as an energy carrier, as indicated by the rise in the number of researchers and published papers in the field.

Such advances raise the probability that fuel cells will be a viable long-term option for transportation. The sustainability profile of electric transportation is potentially high because electricity, once produced, is environmentally benign and leaves no chemical change. The primary sustainability issue is the large-scale production of electricity for battery-powered vehicles or of hydrogen for fuel-cell vehicles.

Existing production routes use fossil fuels to generate electricity and the reformation of natural gas to produce hydrogen; both deplete finite natural resources and emit substantial amounts of carbon dioxide. In contrast, using renewable electricity produced by solar and wind to charge batteries or solar-powered water splitting to produce hydrogen has the potential to last a long time, do no harm and leave no change. Achieving these renewable production routes will require breakthroughs in discovery and use-inspired basic science. So which of these more sustainable energy alternatives should we develop?

The expected doubling of global energy demand by is too daunting a challenge to be met by any single technology — we are likely to need many or even all of them. Some of the most sustainable options require significant scientific breakthroughs before they can be implemented. We can, however, follow a dual course of phasing in portions of sustainable technologies as breakthroughs make them cost-competitive, while aggressively pursuing the research needed to meet the remaining challenges and achieve even greater sustainability.

In this framework, carbon sequestration, high-efficiency nuclear electricity and plug-in hybrid vehicles are near-term solutions that will precede the deployment of large-scale solar and wind power generation, utility-scale electricity storage and all-electric vehicles. The scientific advances needed for these more sustainable energy technologies reflect a fundamental sea change in the role of materials in energy technologies. With traditional fossil energy, the important materials are the fuels, which are valued for their high energy content and low cost. Burning fuels to produce heat is the first step in the traditional energy-use chain.

This heat is then converted by an internal combustion engine to mechanical motion for transportation or by a turbine and generator to electricity for a diversity of energy services. Sustainable energy technologies, in contrast, tap into underused energy flows like sunlight or wind and use these to produce electricity or fuel directly, without a combustion step. The important components are the hi-tech materials and chemical processes that initiate and control the conversion of energy between photons, electrons and chemical bonds via nano-scale phenomena.

Unlike the fuels of fossil-energy technology, which are valued as a raw commodity, the hi-tech materials of sustainable energy are valued for their ability to coordinate sophisticated nano-scale energy-conversion processes. 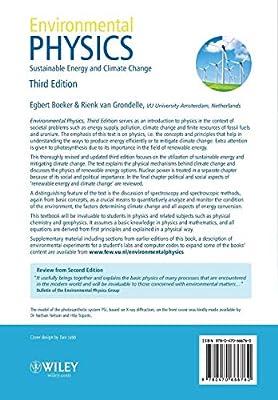 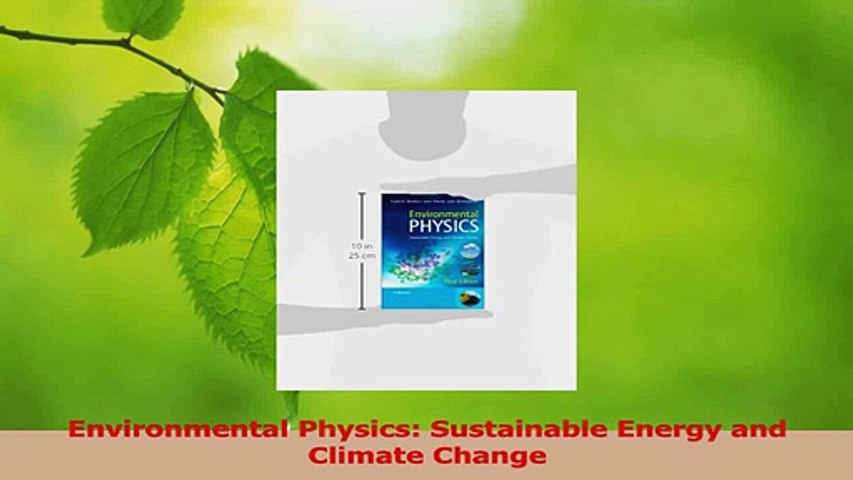