Not only were ideas of community reified, but also entire new communities were created by people who had not consciously thought of themselves as particularly different from others around them. It is questionable whether a totalising Hindu or Muslim identity existed in any meaningful sense in India before the 19th century. 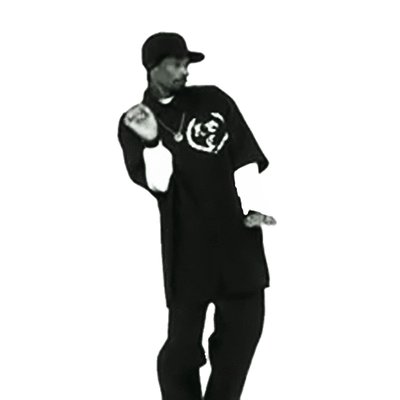 Yet the creation and perpetuation of Hindu—Muslim antagonism was the most significant accomplishment of British imperial policy: the project of divide et impera would reach its culmination in the collapse of British authority in Partition left behind a million dead, 13 million displaced, billions of rupees of property destroyed, and the flames of communal hatred blazing hotly across the ravaged land. No greater indictment of the failures of British rule in India can be found than the tragic manner of its ending. Nor did Britain work to promote democratic institutions under imperial rule, as it liked to pretend.

Instead of building self-government from the village level up, the East India Company destroyed what existed. The British ran government, tax collection, and administered what passed for justice. Indians were excluded from all of these functions. Democracy, in other words, had to be prised from the reluctant grasp of the British by Indian nationalists.

It is a bit rich to oppress, torture, imprison, enslave, deport and proscribe a people for years, and then take credit for the fact that they are democratic at the end of it. A corollary of the argument that Britain gave India political unity and democracy is that it established the rule of law in the country.

This was, in many ways, central to the British self-conception of imperial purpose; Kipling, that flatulent voice of Victorian imperialism, would wax eloquent on the noble duty to bring law to those without it. But British law had to be imposed upon an older and more complex civilisation with its own legal culture, and the British used coercion and cruelty to get their way. And in the colonial era, the rule of law was not exactly impartial.

In the entire two centuries of British rule, only three cases can be found of Englishmen executed for murdering Indians, while the murders of thousands more at British hands went unpunished. Punch wrote an entire ode to The Stout British Boot as the favoured instrument of keeping the natives in order. Political dissidence was legally repressed through various acts, including a sedition law far more rigorous than its British equivalent.

Let's end the myths of Britain's imperial past

The penal code contained 49 articles on crimes relating to dissent against the state and only 11 on crimes involving death. Of course the British did give India the English language, the benefits of which persist to this day. Or did they? The English language was not a deliberate gift to India, but again an instrument of colonialism, imparted to Indians only to facilitate the tasks of the English. The language was taught to a few to serve as intermediaries between the rulers and the ruled. The British had no desire to educate the Indian masses, nor were they willing to budget for such an expense.

That Indians seized the English language and turned it into an instrument for our own liberation — using it to express nationalist sentiments against the British — was to their credit, not by British design. The construction of the Indian Railways is often pointed to by apologists for empire as one of the ways in which British colonialism benefited the subcontinent, ignoring the obvious fact that many countries also built railways without having to go to the trouble and expense of being colonised to do so.


But the facts are even more damning. In their very conception and construction, the Indian railways were a colonial scam. British shareholders made absurd amounts of money by investing in the railways, where the government guaranteed returns double those of government stocks, paid entirely from Indian, and not British, taxes.


It was a splendid racket for Britons, at the expense of the Indian taxpayer. The railways were intended principally to transport extracted resources — coal, iron ore, cotton and so on — to ports for the British to ship home to use in their factories. The movement of people was incidental, except when it served colonial interests; and the third-class compartments, with their wooden benches and total absence of amenities, into which Indians were herded, attracted horrified comment even at the time.

And, of course, racism reigned; though whites-only compartments were soon done away with on grounds of economic viability, Indians found the available affordable space grossly inadequate for their numbers.

Nor were Indians employed in the railways. This was especially true of signalmen, and those who operated and repaired the steam trains, but the policy was extended to the absurd level that even in the early 20th century all the key employees, from directors of the Railway Board to ticket-collectors, were white men — whose salaries and benefits were also paid at European, not Indian, levels and largely repatriated back to England.

An organization intended to form a totalitarian political regime in wartime Japan, established on 12 October and dissolved after the Japanese surrender in It was set up by the Prime Minister, Konoe Fumimaru, in order to replace existing political parties and groups, and to absorb all in a single organization that could be used to mobilize the domestic population and facilitate the prosecution of Japan's war in Asia.

While recognized parties were dissolved in preparation for the IRAA in , the organization never possessed the monolithic character of its counterpart in Nazi Germany. For example, the IRAA's attempts to bring under its control established business and financial interests met with strong resistance throughout the war period.

Opposition to the IRAA was also voiced on the principle that such an organization undermined the constitution of imperial rule. A measure of its efficacy came during the general elections, when candidates who had not received its endorsement were able to stand and win seats in the Imperial Diet. Its formal machinery was vast, reaching down to the local level in an attempt to involve every Japanese subject in its activities. IRAA campaigns included a drive to increase productivity and decrease consumption.

As the war progressed the IRAA became increasingly an organization through which the Home Ministry exercised its control, despite the army's attempts to use it for its own purposes. Subjects: History — Contemporary History post All Rights Reserved. Under the terms of the licence agreement, an individual user may print out a PDF of a single entry from a reference work in OR for personal use for details see Privacy Policy and Legal Notice.